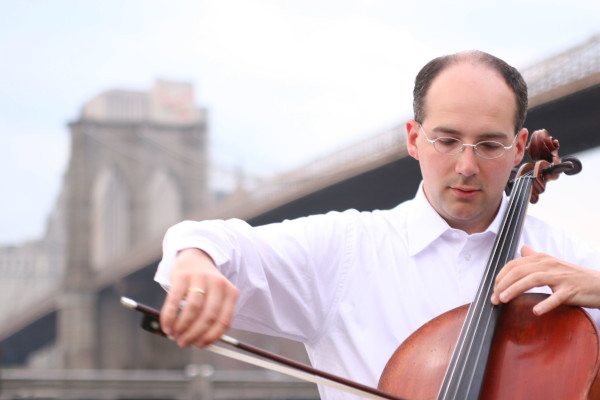 A modern player with a “signature sound” and distinctive style of playing, cellist Mark Kosower embodies the concept of the complete musician performing as concerto soloist with symphony orchestras, in solo recitals, and as a much admired and sought-after chamber musician. He is Principal Cello of the Cleveland Orchestra and a scholar and teacher of cello. Mark’s performance repertoire and discography are testaments to a deep devotion, not only to frequently heard repertoire such as Tchaikovsky’s Rococo Variations and concertos of Haydn, Walton, Elgar and Dvořák but, significantly, to less well-known concertos of Alberto Ginastera, Miklos Rozsa, Frederich Gulda and Victor Herbert. Mr. Kosower has recorded for the Ambitus, Delos, Naxos International and VAI labels, including as the first cellist to record the complete music for solo cello of Alberto Ginastera (Naxos). He was described as a “powerful advocate of Ginastera’s art” by MusicWeb International, and Strings Magazine noted of his Hungarian music album (also with Naxos) that “the music allows Kosower to showcase his stunning virtuosity, passionate intensity, and elegant phrasing.”

In 2017 Mark Kosower launched Bach for Humanity, an initiative and three-year commitment to bringing the message of Bach to different parts of the greater Cleveland area including the elderly, the underprivileged, students, and the general public. During these three years Mr. Kosower performed the complete cello suites and his own transcriptions of the violin sonatas and partitas for cello of J.S. Bach to widespread acclaim in both conventional and nonconventional venues such as the Cleveland Cello Society, the Cleveland School of the Arts, Judson Manor, and the Cosgrove Center for the homeless.

Mark Kosower has appeared internationally as soloist with the Rotterdam Philharmonic, the Orchestre de Paris, the Hong Kong Philharmonic, the China National Symphony Orchestra in Beijing, the National Symphony Orchestra of Taiwan, the Brazilian Symphony Orchestra, and the Venezuelan Symphony Orchestra among others. In the United States he has appeared with the symphony orchestras of Detroit, Florida, Grand Rapids, Houston, Milwaukee, Minnesota, North Carolina, Oregon, Seattle, Virginia, the Ravinia Festival and St. Paul chamber orchestras, and has given recitals at the Kennedy Center, the Philadelphia Chamber Music Society, the National Gallery of Art, and on the Great Performer’s Series at Lincoln Center. Mark Kosower is a frequent guest at international chamber music festivals including the Santa Fe, North Shore, and Colorado College of Music chamber music festivals and has appeared at the Aspen, Eastern, and Pacific Music (of Japan) festivals among many others. His chamber music appearances have included performances with Yefim Bronfman, Leon Fleisher, Vadim Gluzman, Robert Mann, Janos Starker, Schmuel Ashkenasi, and the Juilliard String Quartet.

“Teaching both inspires and searches for different and higher realms of thinking – realms that elevate not only music making but the lives that support the music.”