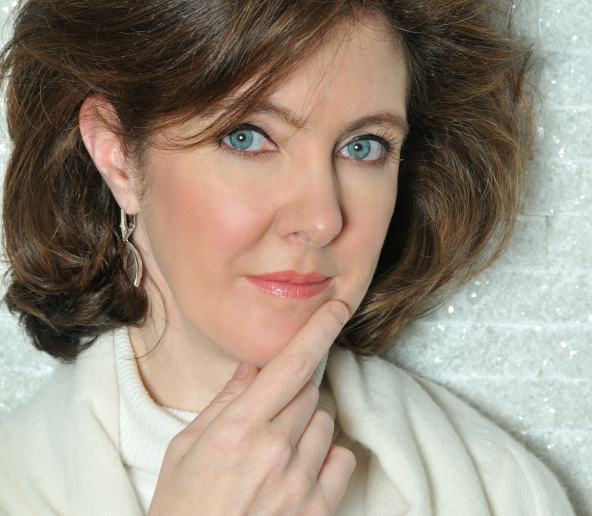 Pianist Anne-Marie McDermott is a consummate artist who balances a versatile career as a soloist and collaborator. She performs over 100 concerts a year in a combination of solo recitals, concerti and chamber music. Her repertoire choices are eclectic, spanning from Bach and Haydn to Prokofiev and Scriabin to Kernis, Hartke, Tower and Wuorinen.

Recital engagements have included the 92nd Street Y, Alice Tully Hall, Town Hall, The Schubert Club, Kennedy Center, as well as universities across the country. Anne-Marie McDermott has curated and performed in a number of intense projects including: the Complete Prokofiev Piano Sonatas and Chamber Music, a Three Concert Series of Shostakovich Chamber Music, as well as a recital series of Haydn and Beethoven Piano Sonatas. Most recently, she commissioned works of Charles Wuorinen and Clarice Assad which were premiered in May 2009 at Town Hall, in conjunction with Bach’s Goldberg Variations.
As a soloist, Ms. McDermott has recorded the complete Prokofiev Piano Sonatas, Bach English Suites and Partitas (which was named Gramophone Magazine’s Editor’s Choice), and most recently, Gershwin Complete Works for Piano and Orchestra with the Dallas Symphony and Justin Brown.

In addition to her many achievements, Anne-Marie McDermott has been named the Artistic Director of the famed Vail Valley Music Festival in Colorado, which hosts the New York Philharmonic, the Philadelphia Orchestra and the Dallas Symphony in addition to presenting over 40 chamber music concerts throughout the summer. She is also Artistic Director of two new Festivals; The Ocean Reef Chamber Music Festival and The Avila Chamber Music Celebration in Curacao.

As a chamber music performer, Anne-Marie McDermott was named an artist member of the Chamber Music Society of Lincoln Center in 1995 and performs and tours extensively with CMS each season. She continues a long standing collaboration with the highly acclaimed violinist, Nadja Salerno Sonnenberg. As a duo, they have released a CD titled “Live” on the NSS label and plan to release the Complete Brahms Violin and Piano Sonatas in the future. Ms. McDermott is also a member of the renowned piano quartet, Opus One, with colleagues Ida Kavafian, Steven Tenenbom and Peter Wiley.

She continues to perform each season with her sisters, Maureen McDermott and Kerry McDermott in the McDermott Trio. Ms, McDermott has also released an all SchumannmCD with violist, Paul Neubauer, as well as the Complete Chamber Music of Debussy with the Chamber Music Society of Lincoln Center.

Ms. McDermott studied at the Manhattan School of Music with Dalmo Carra, Constance Keene and John Browning. She was a winner of the Young Concert Artists auditions and was awarded an Avery Fisher Career Grant.