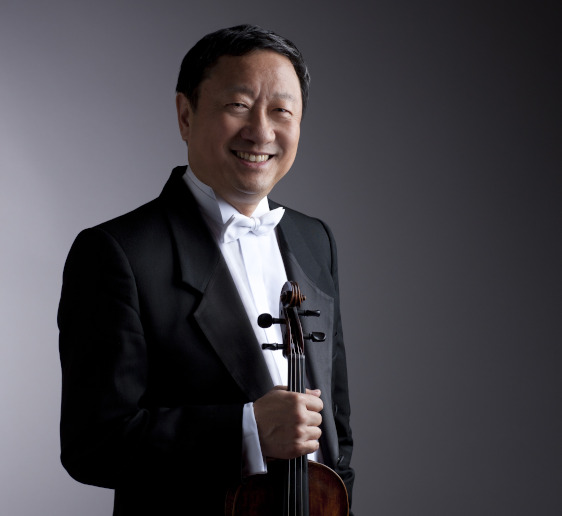 Li-Kuo Chang has been the assistant principal viola of the Chicago Symphony Orchestra since 1988, appointed by Sir Georg Solti. He has appeared with many orchestras as soloist, including the CSO, most recently with Pinchas Zukerman performing Bach’s Sixth Brandenburg Concerto. He also has been an active chamber music performer collaborating with many renowned artists, such as Daniel Barenboim, Christoph Eschenbach and Pinchas Zukerman.

From 2000 to 2007, he was invited by Daniel Barenboim to be the guest solo viola of the Deutsche Staatsoper Berlin and Berlin Staatskapelle, and toured with these two ensembles in their many European and Asian tours, including Richard Wagner’s complete Ring des Nibelungen performances in Japan in 2002.

Chang studied violin and piano at the Music High School of the Shanghai Conservatory in his native city Shanghai, China. He was a first prize winner of the Chinese Young Artist Competition, held in Shanghai in 1978. In 1979, he came to the U.S. with a full scholarship at the Eastman School of Music and a young artist fellow at the Music Academy of the West.

His instrument, the famous ex-Henri Vieuxtemps viola, is a rare G. B. Guadagnini viola made in 1770, Turin.

“Only those who will risk going too far can possibly find out how far one can go.”
-T.S. Eliot-