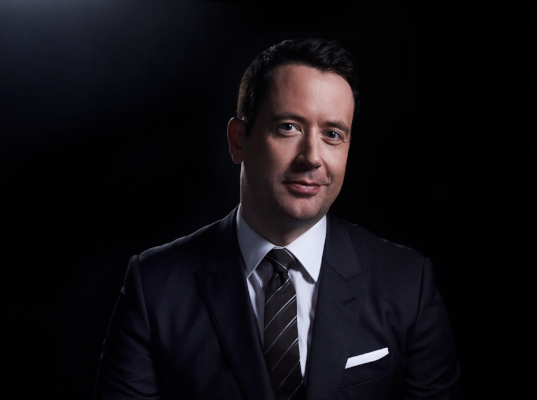 Philip Edward Fisher is recognized widely as a unique performer of refined style and exceptional versatility. International tours as a prolific soloist and ensemble musician have taken Mr. Fisher across his native United Kingdom to Italy, Austria, Denmark, Finland, Switzerland, Norway, Kenya, Zimbabwe, Japan, the Ukraine, and United States. 2002 marked his New York debut at Alice Tully Hall, performing Rachmaninovâ€™s Third Piano Concerto under the baton of Maestro Larry Rachleff.His debut CD with the Naxos label, Handel Keyboard Suites Volume 1, was released in early 2010 to great critical acclaim and hit the US Classical Billboard Chart within the first week of its release.This was followed by the release of volume 2 in 2015 to equal acclaim. His recent release on the Chandos label, Piano Works by â€œThe Mighty Handfulâ€, was featured on Classic FM as John Suchetâ€™s â€œAlbum of the Weekâ€, as “CD of the Week” in the London Telegraph, and was shortlisted in the Best Solo Album category of the International Classical Music Awards.

Dedicated to the showcasing of new music, Mr. Fisher has given local and national premieres of numerous contemporary pieces and has worked in close collaboration with prominent composers such as Ronald Stevenson, Thomas Ades, Arvo PÃ¤rt, Lowell Liebermann, John Musto and John Corigliano.

Broadcasts have included New Yorkâ€™s WQXR and Bostonâ€™s WGBH, BBCâ€™s Radio 3, Classic FM, and he has appeared on Ukrainian Television, the BBC, and MTV.

Philip Edward Fisher began his musical training at the age of nine, and made his first public appearance only a year later. His concerto debut followed aged 12, performing Shostakovichâ€™s Second Concerto at Birminghamâ€™s Symphony Hall.He went on to obtain degrees from the Royal Academy of Music and the Juilliard School, studying with Christopher Elton, Joseph Kalichstein, and Jerome Lowenthal.

In 2001, Mr. Fisher was a recipient of the Julius Isserlis Scholarship by the Royal Philharmonic Society of London, one of the largest and most prestigious awards of its kind currently available to a British musician.He was elected an Associate of the Royal Academy of Music as part of its honours list for 2016.

“The language of music knows no borders and is something that belongs to all of us. I find nothing more gratifying than being able to share knowledge and experience with the next generation of musicians, and the wonders of technology make that more and more possible in a truly global way. I am proud and delighted to be a part of the VirtuMasterclass team, and I look forward to sharing in the process of learning and music-making with fellow musicians from across the globe!“