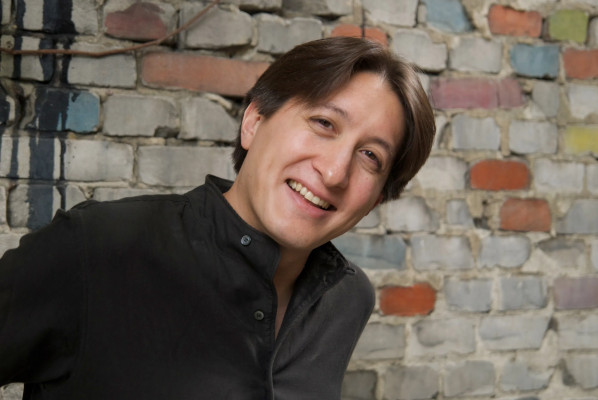 Freddy Kempf is one of today’s most successful pianists performing to sell-out audiences all over the world. Exceptionally gifted with an unusually broad repertoire, Freddy has built a unique reputation as an explosive and physical performer who is not afraid to take risks as well as a serious, sensitive and profoundly musical artist. Freddy has collaborated with conductors such as Järvi, Dutoit, Sawallisch, Sanderling, Chailly, Ashkenazy, Petrenko, Oramo, Davis, Belohlavek, Temirkanov, Altinoglu, and Dausgaard, and has worked with some of the world’s most prestigious musical institutions including the Royal Philharmonic Orchestra, London Philharmonia, City of Birmingham Orchestra, Gothenburg Symphony Orchestra, Bergen Philharmonic, La Scala Philharmonic, San Francisco Symphony, Philadelphia Orchestra, NHK Symphony, St. Petersburg Philharmonic, Moscow State Symphony Orchestra, Orquesta Filarmonica de Buenos Aires, the Tonhalle Orchester and the Dresden Philharmonic.

Most recent career highlights include Freddy’s debut at the BBC Proms, an extensive Asian tour including the Seoul Arts Centre and PyeongChang Chamber Music Festival in South Korea; the Esplanade Concert Hall in Singapore; and concerto appearances with the City of Birmingham Symphony Orchestra, Taiwan National Symphony, RTV Slovenia Symphony Orchestra and Bergen Philharmonic. A favourite touring artist, Freddy’s recent tours include a play/conducting tour across New Zealand with New Zealand Symphony Orchestra and an extensive twelve-date tour with the Moscow Philharmonic Orchestra across the UK for which he received critical acclaim: Kempf is a pianist in a million… the incredible definition of Rachmaninov’s inner filigree which emerges all the clearer for a refusal to use the sustaining pedal to blur the sound… his colossal but perfect weight simply stuns. (The Arts Desk)

The 19/20 season begins with a return to Japan where Freddy gives major recitals in Kanagawa, Tokyo and Osaka, and plays Rachmaninov Piano Concerto No 2 with Nagoya Philharmonic Orchestra.

A committed recitalist, Freddy has appeared in many of the world’s most important concert halls including the Great Hall of the Moscow Conservatoire, the Berlin Konzerthaus, Milan’s Sala Verdi, the Concertgebouw, London’s Cadogan and Barbican, Manchester’s Bridgewater Hall, the Sydney Opera House and Tokyo’s Suntory Hall. This season’s recital highlights include appearances at the Birmingham International Piano Series, Moscow’s House of Music, and the Great Hall of Moscow Conservatory.

A prolific recording artist, Freddy records exclusively for BIS Records. His latest Prokofiev CD, featuring a selection of Prokofiev Sonatas, was released earlier in October 2019. Previously his Tchaikovsky recital CD released in Autumn 2015 was received to great acclaim. In 2013, Freddy released a Schumann recital disc which was warmly received by the critics and, in 2010, his recording of Prokofiev’s Piano Concertos Nos. 2 & 3 with the Bergen Philharmonic Orchestra and Andrew Litton was nominated for the prestigious Gramophone Concerto Award, with the associated magazine describing the collaborative duo as “a masterful Prokofievian pair”.This highly successful collaboration was followed by a recording of Gershwin’s works for piano and orchestra, released in 2012 and described in the press as “beautiful, stylish, light, and elegant… magnificent”.Meanwhile, Freddy’s solo recital disc of Rachmaninov, Bach/Busoni, Ravel and Stravinsky, released in 2011, was praised by BBC Music Magazine for its wonderful delicate playing and fine sense of style.

Born in London in 1977, Freddy made his concerto debut with the Royal Philharmonic Orchestra at the age of 8 and further came to national prominence in 1992 when he won the BBC Young Musician of the Year Competition. In 1998, his award of third, rather than first, prize in the Tchaikovsky International Piano Competition in Moscow provoked protests from the audience and an outcry in the Russian press, which proclaimed him “the hero of the competition”.

“I know that finding a good teacher can be difficult – I always think how lucky I was to have always had the right teacher at the right time. I am so grateful to all my teachers and really want to pass on the wonderful gift I received onto all of you. Ronald Smith gave me my fingers (technique), Christopher Elton helped me to find my emotional self, Hamish Milne gave me a true understanding of sound and Emmanuil Monaszon taught me to trust myself and play to touch rather than to impress, but like all great teachers they also taught me how to communicate all of this onto the next generation.”