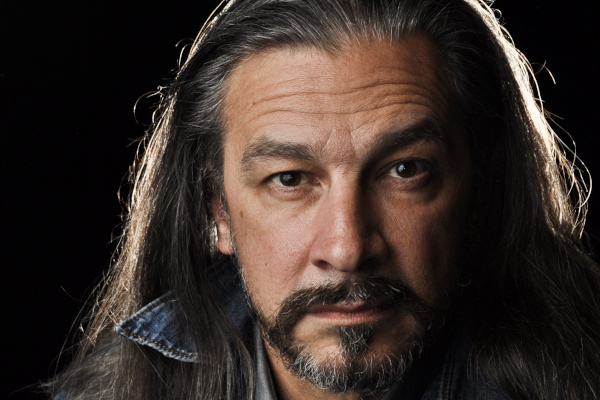 Last summer, he made his long-awaited début at the Bayreuther Festspiele as the title role in Der fliegende Holländer and as Wotan in Die Walküre, his performance as the Dutchman praised for its “particular humanity,” subsequently returning Summer 2019 as Kurwenal in Tristan und Isolde. Other engagements this past season in addition to The Metropolitan Opera’s Ring Cycle included the title role in Der fliegende Holländer with Dallas Opera and a return to the Teatro Real in Madrid for their production of Wagner’s Das Rheingold. Upcoming engagements this season include Wotan in Die Walküre for the Royal Opera Stockholm and Teatro Colon, his debut in the role of Iago in Otello for Pacific Symphony, Wanderer in Siegfried for the Bregenzer Festspiele, and both Mahler’s 8th Symphony and the title role in Der fliegende Holländer for the San Francisco Symphony under the baton of Michael Tilson Thomas’ in his final performances as Music Director. Future engagements include multiple returns to the Metropolitan Opera, and performances with Opera Oviedo, Staatsheater Stuttgart, Orchestra of the Music Makers in Singapore, the Dresden Philharmonic, and a return to San Francisco Opera.

His treatments of some of Wagner’s other greatest characters earned him critical acclaim both domestically and internationally. Including the title role of Der fliegende Holländer with Seattle Opera and Ravinia Festival, under the baton of Maestro James Conlon in his final performance with the company; Telramund in Lohengrin with The Metropolitan Opera, Royal Danish Opera, Lyric Opera of Chicago, and Seattle Opera; Kurwenal in Tristan und Isolde with the Gran Teatre del Liceu in Barcelona, Prague National Theatre, Royal Danish Opera, the Ópera de Bellas Artes in Mexico, Lyric Opera of Chicago, and Seattle Opera; and Amfortas in Parsifal with The Metropolitan Opera.

Mr. Grimsley has performed one of his other signature roles, that of Jokanaan in Salome, with The Metropolitan Opera, San Francisco Opera, San Diego Opera, Santa Fe Opera, Vancouver Opera, the Deutsche Oper Berlin, Scottish National Opera, the New National Theatre in Tokyo, Ópera de Bellas Artes in Mexico, Den Jyske Opera in Denmark, and in his Dallas Opera début with Deborah Voigt in the title role. The San Francisco Chronicle exclaimed: “Bass-baritone Greer Grimsley was a thunderous and dramatically compelling Jokanaan. Grimsley invested the part with rhetorical strength and an air of moral solidity – the perfect antithesis to Salome’s eroticized jitters.”

Mr. Grimsley has enjoyed quite a fruitful career in highly esteemed opera houses around the world.Some highlights of his previous international engagements include Scarpia in Tosca in Germany with Deutsche Oper Berlin and Oper der Stadt Köln, in Oslo with Den Norske Opera, with the Stadttheatre Basel in Switzerland, and in Japan at the Hyogo Performing Arts Center; Don Pizarro in Fidelio with The Scottish Opera and Teatro Nacional de São Carlos in Portugal; the title role of Don Giovanni with the Stadttheatre Basel in Switzerland; New Israeli Opera as the Villians in Les Contes d’Hoffmann; Royal Danish Opera as Mandryka in Arabella; Ópera de Caracas in Venezuela as Amonsaro in Aïda; the role of Richard Lionheart in Der Templer und die Jüdin with Wexford Festival; and the role of Mephistopheles in Faust in Oviedo, Spain. Mr. Grimsley first came to international attention as Escamillo in the Peter Brook production of La Tragédie de Carmen, which he has sung in in over 15 productions around the world, including his Italian debuts at the Festival dei Due Mondi in Spoleto and the Teatro Comunale di Bologna.

An active concert artist, some favorite concert engagements include Verdi’s Requiem with the Atlanta Symphony at Carnegie Hall; Beethoven’s Symphony No. 9 with the Seattle Symphony and San Antonio Symphony; the High Priest in Samson et Dalila with Washington Concert Opera and Atlanta Symphony; Scarpia in Tosca with Deborah Voight and the Minnesota Orchestra; and Don Pizarro in Fidelio with the Saint Louis Symphony and in his New York Philharmonic début with conductor Kurt Masur at the inaugural season of the Lincoln Center Festival.