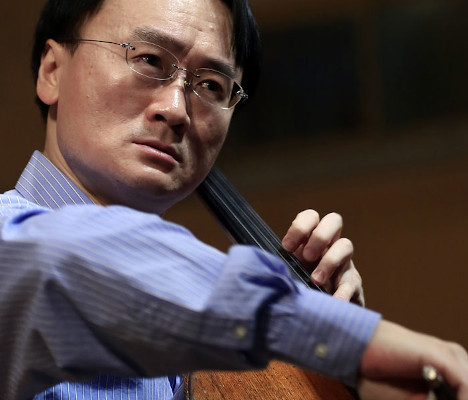 Jian Wang began to study the cello with his father when he was four. While a student at the Shanghai Conservatoire, he was featured in the celebrated documentary film From Mao to Mozart: Isaac Stern in China. Mr Stern’s encouragement and support paved the way for him to go to the United States and in 1985 he entered the Yale School of Music under a special programme where he studied with the renowned cellist Aldo Parisot.

Jian Wang has made many recordings, his latest releases being the Elgar Cello Concerto with the Sydney Symphony and Vladimir Ashkenazy. He has also recorded an album of short pieces for Cello and Guitar titled Reverie, the complete Bach Cello Suites and a Baroque Album with the Camerata Salzburg, Brahms Double Concerto with the Berlin Philharmonic Orchestra, Claudio Abbado and Gil Shaham, the Haydn Concerti with the Gulbenkian Orchestra under Muhai Tang, Messiaens Quartet for the End of Time (with Myung-Whun Chung, Gil Shaham and Paul Meyer) and Brahms, Mozart and Schumann chamber music with Pires and Dumay. His instrument is graciously loaned to him by the family of the late Mr. Sau-Wing Lam.

“I sincerely hope with this new platform, young musicians can access advices from musicians all over the world, without the restrictions of geography. I also look forward to more opportunities to meet new talents!”